Modern Love Mumbai: A show on the different shades of love 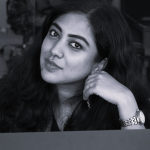 The trailer of Modern Love: Mumbai is out and we couldn’t love it more. The trailer released by Amazon Prime Video on 28th April in a launch event has already won hearts!

One of the most anticipated series on the platform, Modern love: Mumbai is set to explore love in all of its complicated and beautiful forms. For everybody eager to watch a revamped love story that narrates the true and timely tales of real human connections, Modern Love Mumbai is your go-to binge watch.

From representing queer love stories to accurately depicting the northeastern authenticity to narrating stories that surround us without any judgment, where love has no age, no gender, and no barrier to reciting anecdotes where the main character breaks free and finds independence, Modern Love Mumbai is like a breath of fresh air.

The series is one of three different localized adaptations of the hit American TV series of the same name. The trailer was launched in Mumbai at a grand event organized by the streaming platform Amazon Prime Video called Prime Video Presents.

The series showcases six unique and heartwarming love stories that demonstrate that love has no age, no gender, and no religion. The makers say it will “showcase love in all of its complicated and beautiful forms, all inspired by true events rooted in the city of dreams”. In the trailer, we get a glimpse of the six stories- a writer who doesn’t feel supported by her partner, a married couple rediscovering their relationship, a woman from North East who disapproves of her son’s ‘vegetarian witch’ of a girlfriend, a middle-aged woman attracted to a younger woman, and a gay man hiding his sexuality from his conservative parents- all based in the city of dreams, Mumbai.

And finally, Hansal Mehta’s Baai, headlined by Tanuja, Pratik Gandhi and Ranveer Brar. Pratik Gandhi who has once again joined forces with Mehta, who gave him a hit in Scam 1992, features in a gay love story where his father refuses to accept his relationship with another man, played by chef Ranveer Brar.

Inspired by the famous New York Times column, the original anthology series Modern Love is directed by filmmaker John Carney. The Indian adaptation will showcase “soul-stirring and uplifting stories that are rooted in the heart of the city of Mumbai”. The series is produced by Pritish Nandy Communications. The other Indian adaptations of the series are Modern Love: Chennai and Modern Love: Hyderabad.

Prime Video is all set to unveil its upcoming music album for the Amazon Original series. The album will feature prominent music composers such as Ram Sampath, Vishal Bharadwaj, and Gaurav Raina. Neel Adhikari and Shankar Ehsaan Loy, along with singers such as Nikita Gandhi, Sonu Nigam, and Meiyang Chang, among many others will also be a part of it.

The upcoming series ‘Modern Love Mumbai’ is launching on 13th May and the creators are Rangith Pritish and Ishita Pritish Nandy under the poster of Pritish Nandy Communications. The creators said they love Mumbai and it is very wonderful to showcase the stories from the city of dreams and hope.

Talking about the series, Pritish Nandy said, “When the headlines are screaming of war, it is wonderful to be making Modern Love Mumbai. Mumbai is the city of dreams and hope. I love Mumbai.”

Rangita added, “I can only say anxiety has been my chronic friend for a long time as we prepped for this. I actually went to Aparna Purohit and asked her to give me Modern Love. I am fortunate she said yes.”

The stories of Mumbai are real, raw and show the various shades of love including making people aware of the same-sex love story.

4 thoughts on “Modern Love Mumbai: A show on the different shades of love”