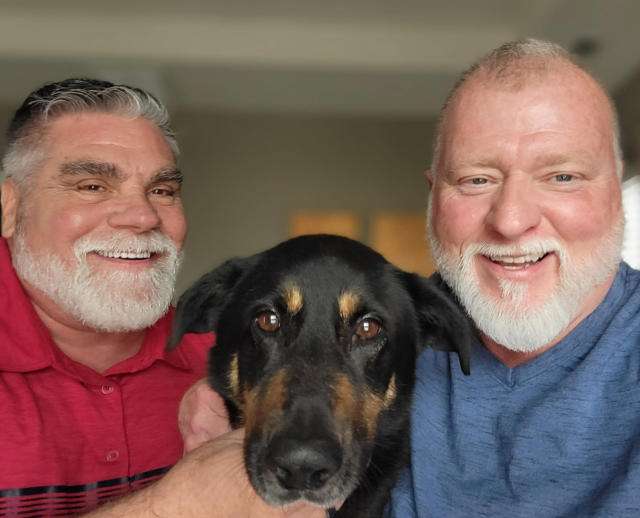 Proving that prejudice ultimately seeps into every facet of a normal life, a dog made headlines this month after it was the latest victim of homophobia in the United States.

A 5 year old dog named Fezco was abandoned at the animal shelter named “Stanly County Animal Protective Services” by his owners. The reason behind this heartless abandonment was that Fezco was displaying, what his owners claim, is ‘homosexual behaviour’ towards another male dog by humping him.

The animal shelter in Stanly County, North Carolina, US, told the story of the animal’s plight on their Facebook page and asked for local rescue centers to take Fezco into their foster care before he found his forever home. The post had quickly prompted several homophobic comments on the site as well.

The news was then picked up and broken by the WCCB-TV in Charlotte, North Carolina, who reported the 5-year-old dog’s unfortunate story.

After the story was shared by various outlets, social media users made their opinions known. One user wrote, “Absolutely ridiculous! These people evidently have never studied animal behaviour. It’s normal. Even female dogs do this to each other.”

Another user said, “There’s nothing wrong with Fezco, he’s sweet and gorgeous and deserves so much better. The owners, tho. WTF is wrong with those people?”

Stanley County Animal Protective Services called Fezco a ‘good boy’ who liked being around people and other animals.

Fezco’s story quickly caught the attention of Steve Nichols and his husband, John Winn, who have been together for 33yrs and live just outside Charlotte, North Carolina, not far from the shelter.

Although they had no plans of adopting another dog, Fezco’s story both shocked them and tugged at their heartstrings. “I was in shock,” Nichols said of first reading about Fezco in the news. “I flipped through and passed to the next story, and then something snapped inside of me.”

He approached Winn with the idea that they had to do something about the ignorance and bigotry that Fezco has been a victim of. Afterall, they too have faced the same attitude from homophobic people.

But it wasn’t long before they noticed that Fezco needed medical attention. “I spent about an hour with him in the car, and it was obvious to me by being with him that he was in really bad health,” Nichols told NBC News.

Fezco was soon admitted to Pressly Animal Hospital in North Carolina, where he was treated for heartworms, neutered and also given a thorough health check.

As for his gay behaviour”, Dr. William Pressly, veterinarian, said that humping is a common activity and done by all dogs and it has nothing to do with a dog’s sexuality at all. “It’s just a dominance thing and a play thing,” he said.

In an interview, Nichols joked, “We’re pretty certain he’s not gay, because he hates having his picture taken. What gay person doesn’t want their picture taken?”

Fezco has since been renamed “Oscar” by his new parents. The name was given after poet and playwright, Oscar Wilde, who is known as one of the most notoriously gay people in history and a gay icon.

The couple also have another rescue dog, named Harry, who was adopted a decade ago and was a groomsman at the couple’s wedding.

Sharing their emotions, the couple said “We feel very strong when people in this country for the last four or five years have really craved stories with heroes and have happy endings. And this is one of those stories, but we are not the heroes. “The real heroes are the shelter workers, especially the veterinarian’s office, the people of the whole SPCA, who are dealing with this kind of situation every day.

And we both request everyone to please adopt, don’t shop. Adopt first because there are plenty of animals that need a loving home, and care, and they will never betray you. And if you can’t adopt them, at least support them financially.” Previous post “I don’t view myself as a woman” says Konkana Sen Sharma, one of India’s prominent actors