At the age of 25, Caroline Elisabeth Cull has the biggest realisation of her life – that she was asexual. It was something she had long wondered about but didn’t have the terminology or understanding to fully grasp.

This Asexuality (Ace) Awareness Week, which is celebrated from October 25th through October 31st, we wanted to honour and celebrate the Asexual community by raising awareness and brining Ace stories to the forefront!

Caroline Elisabeth Cull’s story begins when she was 25 and a realization struck her. It was something she had long wondered about but lacked the terminology and understanding to fully comprehend.

She discovered she was asexual after a late-night Google search.

“I think the first time I saw the word asexual was after a really bad date I had just experienced, which lead me to Google at three in the morning ‘Why is sex so bad?’ and ‘What’s wrong with me?’

“For the first 25 years of my life, I wondered if my vagina was broken. I initially dismissed it, but after watching the UK TV show Sex Education on Netflix it started to dawn on me. One of the characters in the second season is asexual and watching their character arc I was like ‘Oh yeah that’s 100 percent me’. And that made me feel a little bit less alone in the world.”

Caroline now considers herself to be Gray-sexual and Panromantic.

Caroline’s panromantic personality means she is emotionally attracted to people regardless of their gender identity.

Caroline was nervous about coming out to her family

My family is very religious – one member is even a church pastor. They had also been having conversations around the same-sex gay marriage plebiscite, saying ‘we’re voting no. So the ground was shaky,” Caroline said.

“They’re coming around to it because asexuality for them is an easier pill to swallow since it feeds into their idea that ‘sex is a sin’. And given I’m not really bothered with sex, that’s the only part of me they accept because it happens to suit their agenda in a way. It’s a strange feeling.”

Caroline is still challenging stereotypes and advocating for more asexual representation in film and television today. Because, as the saying goes, it’s difficult to be what you can’t see. She was overjoyed to see that the Heartbreak High reboot on Netflix had asexual representation. Caroline is excited to see that storyline continue now that it has been renewed for a second season.

“It’s been an incredible experience advising on film projects about this subject. I recently completed a pilot in Sydney, and it was wonderful to see the actor’s eager to learn more about it and accurately portray it. There are numerous misconceptions that must be addressed.”

This is a statement Caroline is often on the receiving end of, and one she feels deeply uncomfortable with.

“A lot of people misunderstand what asexuality is and the spectrum it exists on. Some asexual people feel zero romantic and sexual connection. Others only feel a romantic attraction, but not at all sexual. And some continue to have sex with people, but they just aren’t drawn to it or feel the urge.”

Recently, Caroline received a DM that said: “I can change your mind. Will just need a few drinks first.” Or messages via Tinder from people saying sex with them could be the ‘golden answer’. Neither is true.

“Sex is more of a self-centred thing for me.” “I use Quinn, which is more of an audio/erotic platform because the emotional aspect helps me find pleasure,” Caroline explained.

“Sometimes people confuse asexuality with celibacy, which is not the case.” Celibacy occurs when a person feels sexual attraction but chooses not to act on it. Asexuality is defined as having no to little sexual attraction – and whether or not they choose to have sex is entirely up to the individual.

“Many times, people try to dismiss your identity and suggest that it isn’t valid. So they might assume I have sexual trauma and that’s why I’m asexual. “Or they’ll say things like, ‘maybe you’ll change your mind later on,’ or ‘when you meet the right person, you’ll feel differently,” Caroline explained.

“I suppose they’re just checking to see if you’re making the ‘right’ declaration, if you will, but I believe you should take what the individual says seriously and embrace rather than question them.”

This is a question that many of us are forced to answer. And Caroline is no exception.

“I’m frequently asked if I plan to have a family or children. Even my own loved ones used to worry about it and ask me a lot of questions about it, but they’ve started to slow down on the questions, realising it’s up to me “Caroline elaborated.

Read More: Positively Positive: Zubair Kalsia takes us through his journey of being HIV+ and living his truth

Asexual awareness week celebrates all identities on the asexual spectrum and it is important for several reasons. First, it recognizes asexual people and reminds allies of the struggles that asexual people face and another it allows people to learn more about asexuality and asexual issues.

Caroline has found comfort and acceptance through the online world. It not only helped her realise a lot about herself – a path she is still navigating – but it also allowed her to help others who are feeling alone. She occasionally receives messages from people saying that the content I post has helped them realise they are asexual. Because there is so little information available, it’s really nice to be able to make that difference. 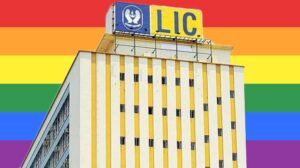