There are a handful of famous parents who are raising LGBTQIA+ children, and who have also been outspoken about how much they love and support them no matter what. Not all children who are part of the community are fortunate enough to be born into families who will embrace them wholeheartedly. Fortunately, they’ve received a lot of support from their followers and other celebrities, so they’re not alone. The thrill and dread of witnessing your child develop into an entire person outside of your control hit you hard when you become a parent and welcome this brand-new individual into the world. This can instil in you a whole new sense of empathy. We are perplexed by parents who fail to provide their children with unwavering love and support when they come out as LGBTQIA+ because of this innate parental empathy.

Max and Emme Muiz, who are 14 years old, are the twins of Jennifer Lopez’s ex-husband Marc Anthony. Emme’s preferences have not been publicly stated, however during a duet performance, J-Lo was careful to refer to her child using they/them pronouns. Lopez remarked, “I constantly ask them to sing with me, but they won’t. “Since they’re so crowded, booked, and expensive, this is a very special event. They cost money when they first come out, but they’re priceless because they’re my all-time favourite duet partner. Please be patient with me.”

Even if some of them are undoubtedly more vocal than others about fighting for the rights and acceptance of their children, there are many celebrities with LGBTQIA+ children. It’s encouraging to see that not everyone is like that and that these parents are embracing every aspect of who their children genuinely are, despite how cruel the world can be to anyone who seems different. We love to see supportive parents!

Read More: How to be the best parent to your Trans child

One thought on “Celebrity Parents Who Support Their LGBTQIA+ Children” 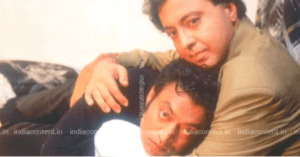