Australia is known for having many dangerous creatures on land and in water, some of the most dangerous spiders and snakes in the world, great white sharks snatching surfers from their surfboard, kangaroos that looked like bodybuilders. Suddenly, two gay penguins became the biggest animal celebrities, which their keepers noticed with pleasure.

“Everyone likes penguins,” said Tish Hannan, the head of penguin supervision at the aquarium. “They’re so cheeky.”

“They’re not like sharks,” said the senior penguin keeper Amy Lawrie, her second in command. “No one’s had a bad experience with a penguin.”

Magic, a 3-year-old Gentoo penguin born at the Sea Life Melbourne Aquarium, is very playful. He chases after toys and anything that shines and even greets visitors. Sphen is 6 years old from SeaWorld who has a bigger beak and is taller. He’s quieter, more serious and less interested in toys and humans.

They met one summer day at the Sea Life Sydney Aquarium. First, they began to bow to each other. They brought each other carefully selected pebbles for the nest they hoped to build together. If either had not been interested he would have rejected the pebble, pushing it away with a beak. But each admired the pebbles other one brought. 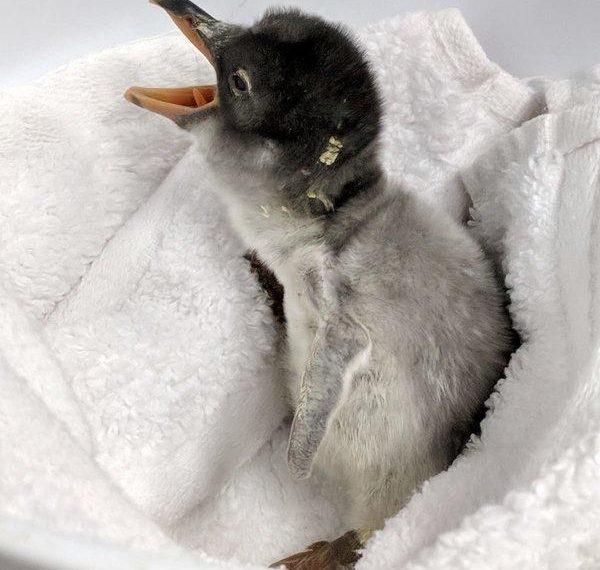 Then they started to sing. Standing close together, they sang to each other until they had learned each other’s voices.

Ms. Lawrie, an aquarium worker described it as “consent.” “You would see Magic standing in his spot looking for Sphen, and he would call and Sphen would come running over and give Magic a little bow and sing as well,” Another worker, Ms. Hannan said. “They’ve chosen each other. That’s it. They’re bonded now.”

Others in the colony of 33 penguins were still flirting. Younger birds tend to take a little while to choose their partners.

“They were recognizing multiple different bird calls and bowing to different individuals,” Ms. Hannan said. “We saw none of that behavior from either Sphen or Magic. They weren’t interested in other birds in the colony.”

As expected, Sphen and Magic made the biggest nest and they sat on it constantly. So, curiously, aquarium manager gave them a dummy egg. They took it and started caring for it. And, when a negligent heterosexual penguin couple looked to be leaving an egg exposed (females lay two eggs, but usually only one survives), the workers in aquarium thought that they would give the egg to Sphen and Magic.

The first sign of good penguin parents is that they would recognize when the egg has hatched and the chick is making the way of the egg. This usually takes days. But, Sphen and Magic noticed it right away.

Ms. Hannan said, “When it’s got its face out, it can start talking to its parents, and Magic and Sphen recognized this and started singing to the egg before it even hatched.” Now, the 3-months old chick is almost fully grown now. It does not have a permanent name now but for now, everyone is calling it Sphengic

Another mating season will be starting soon and many other penguins are looking for another partner but not Sphen and Magic. It is looking like, they want to remain together.

When Sphen and Magic became a couple, Australia was going through some rough battles for whether gay marriage should be made legal or not. These two penguins, unaware of the political tensions of their country has become a larger symbol for the people. The question arises, if a penguin colony can figure this out then why can’t a human nation.