The Oscars this year kicked off with a prank, as a statue of Kevin Hart holding a rainbow flag appeared outside of the venue on Sunday.

Hart is depicted standing on a pedestal that bears the words “Hollow Apology”. The statue was standing at La Brea Avenue and Hollywood Boulevard, blocks from the theatre where the Academy Awards are to take place on Sunday night.

Hart famously stepped down from hosting this year’s Oscars amid backlash surrounding his homophobic history. He repeatedly made anti-gay comments in a series of tweets between 2009 and 2011, threatening his son with violence if he caught him playing with dolls, and insulted various celebrities by calling them “gay” or “fag.”

While Ellen DeGeneres rushed to Hart’s defense and asked the Academy to rehire the comedian, CNN news anchor Don Lemon, noting that 44% of homeless gay youth are black and were likely kicked out of their homes, called on the comedian to become an ally to the LGBTQ community. 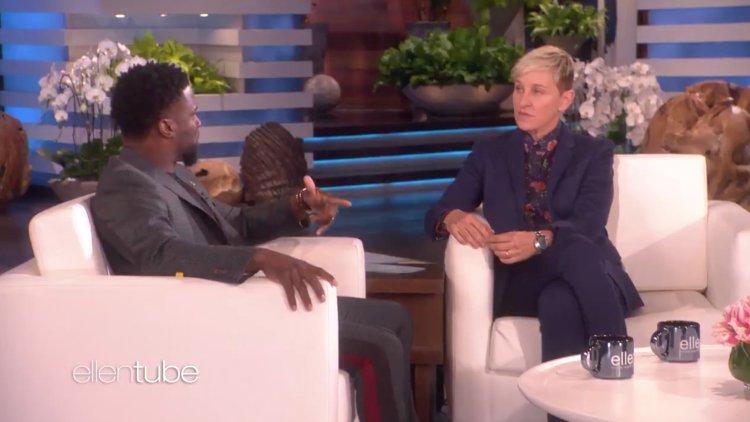 Hart responded with another apology on his SiriusXM radio show but said that it is “not his dream” to be an LGBTQ ally.

The artist behind the statue remains unknown. However, Los Angeles-based street artists Plastic Jesus posted several images and videos of the statue on Sunday morning.

Announcing his appointment as host of this year’s Oscars, the comedian wrote in a post on Instagram, “For years I have been asked if I would ever host the Oscars and my answer was always the same.

History Is Made With Highest LGBT Nomination In Oscar 2019

“I said that it would be the opportunity of a lifetime for me as a comedian and that it will happen when it’s supposed to. I am so happy to say that the day has finally come for me to host the Oscars.”

Just a few hours after his announcement, Twitter users started sharing his tweets which Hart wrote in the past which caused a stir in the LGBTQ community. Later, Hart revealed that he has decided to step down from hosting the Oscars and apologized to everyone he has offended.

He added in another tweet, “I am sorry that I hurt people.”