Acclaimed Indian sprinter Dutee Chand has always been in the forefront of change. In 2015, she famously challenged disqualification over high levels of testosterone by the IAAF —a historic case that resulted in the IAAF policy being overturned. In 2016, the 26-year-old from Odisha became the first Indian woman to reach the Olympics in 36 years.

In 2017 the acclaimed sprinter met Monalisa, her girlfriend of 4 years with whom she has recently featured on the cover of the Oriya magazine, Kadambini, during a puja in her village in Odisha.

She describes her relationship as one fueled by faith and support. She talks about Monalisa being her pillar of support during all the tough and stressful moments of her life.

After completing her Bachelor’s degree, Monalisa plans to move in with Chand, in order to take care of her and her rigorous and taxing schedule. “These days it’s rare that people love selflessly. No one wants to do anyone else’s work, so when someone is saying with all their heart that they want to take care of me, it feels really good,” Chand says speaking to Vogue.

When Iti Rani Samanta, the editor of Kadambini, an Oriya magazine, approached Chand with the idea of having her and Monalisa on the cover for valentine’s day, she was reluctant. Having faced her share of controversy and media attention when she was involuntarily outed but a local media outlet in 2019, Chand didn’t want Monalisa to be the victim of the same attention.

But now she feels that the sentiments have shifted towards one of support. Moreover, she doesn’t care anymore. “Whether they declare my relationship on TV or in a magazine, it doesn’t make a difference to me. I’m not doing anything wrong.” she says.

Dutee comes from humble beginnings, where she was accused of being ‘manly’ and shunned for her gender expressions. She was heartbroken with the accusation and negative feedback that she got not only from her society but from her own family. Not one to back down, Chand trained harder than ever and made a comeback with a national record.

When she finally revealed her love for Monalisa and their relationship with the family, she received no support from them. While she struggled with the lack of acceptance, she was thrilled when so many from across the country shared their support to the now openly lesbian relationship, calling them inspirations to many.

While Dutee Chand’s incredible athletic prowess in the tracks was being praised, simultaneously her lesbian relationship was also a major focal point of discussion.

This Valentine’s Day was the first time Dutee and Monalisa moved to the limelight with their relationship and took control of the narrative of their love story in front of the global audience.

Tracing back to 2019, Dutee Chand recalls that she actually had no idea about the queer community, or what the word ‘lesbian’ meant. “I met my partner (Monalisa) for the first time in 2017 at a village festival where we shared phone numbers. The girl kept in touch with me regularly, talking about my performances, and how much honour I was bringing to our country. Soon we became quite close — sharing our happiness, sorrows, fears, and every detail with each other. After some months, we realized that we would want to spend the rest of our lives together, and even get married. I never thought about whether it’s right or wrong to think like that. Everything felt absolutely normal to me,”

By talking openly about her sexuality, Dutee has not only become an inspiration for many still closeted because of an unwelcoming society, but has also set an example that in order to change things, one has to show the courage to raise their voice and make others listen.

Read More: “I don’t view myself as a woman” says Konkana Sen Sharma, one of India’s prominent actors.

Dutee expressed to the editor of Kadambini how she was baffled that society still perceived their queer relationship to be different or less than any heterosexual relationship. She added that the only difference she found was the perception of society.

For the ages, society has been told us that love only happened between men and women, but it is not true. In Dutee’s words, “Love is a feeling. You can experience this feeling for anyone. People say only certain gender or caste can feel love, but it is not true. You can love whoever you want.”

Kadambini is the highest circulated family magazine in Odisha, reaching into the very hearts of rural interiors of the state, even the place where Chand is originally from.

“People have it delivered to their homes, even in the villages. They will also read real stories like mine, unko bhi pata chalega love kya cheez hota hai (they will also know what love is),” she grins as she speaks to Vogue.

For now, all’s well, Chand says. “Time will tell, once we have concrete plans to get married in the future, who actually supports us.”

Dutee Chand says she has fulfilled her responsibility towards the queer community by having the bravery to be the first openly gay athlete in Indian history. 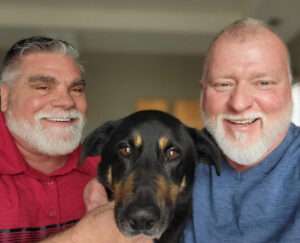 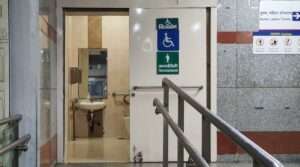