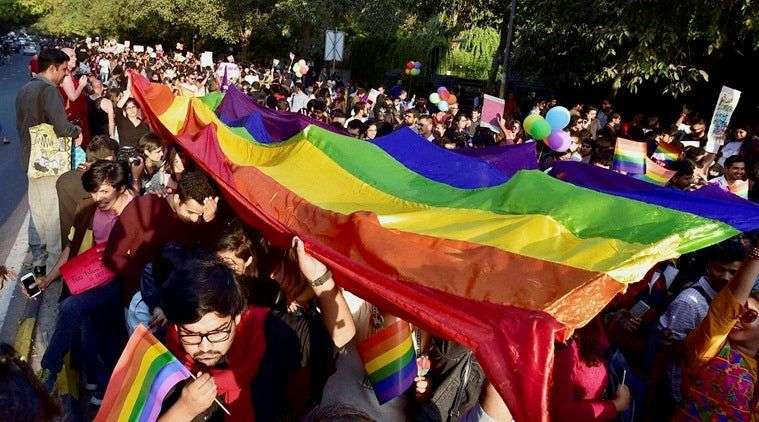 At Stonewall Inn near Manhattan, unrest broke out in the early morning hours of 28th June 1969. Hundreds of people, including drag queens, butch lesbians, transgender people, gay men, and homeless youth, attacked the police who attacked and beat up the queer patrons. Over a thousand protesters had joined the riots the next day. The oppressive anti-gay legal system and the institutions enforcing it were challenged for the first time. This sparked a global movement for LGBTQIA+ rights.

In the Indian context, although the Hindu religious texts do not explicitly mention homosexuality’s morality, it has taken a variety of positions on it over the years, ranging from containing homosexual figures and themes in their texts to being neutral or antagonistic. Section 377 of the Indian Penal Code, which went into effect in 1861, criminalized sexual activities as being “against the order of nature,” including homosexual sexual activities. Shakuntala Devi published the first study of homosexuality in India in 1977. While convictions under Section 377 were uncommon, with no convictions for homosexual intercourse in the twenty years leading up to 2009, Human Rights watch claims that the law was used to harass HIV/AIDS prevention activists, sex workers, and men who have sex with men, and other LGBTQIA+ groups.

The events that took place on August 11, 1992 in front of the police headquarters in Delhi became an example of that, as it was reportedly the ‘First movement’ which legitimized homosexuality. According to reports, Delhi Police have apprehended some homosexuals at Connaught Place. They launched a legal front against Delhi Police after learning of this through a group known as Anti-AIDS Discrimination.

Kolkata was the first city in India to hold a Pride Parade on the 2nd of July 1999: the Rainbow Pride Walk also called the Kolkata Pride Parade, is also the oldest Pride parade in South Asia, with participation from Mumbai and Bangalore, but only 15 total participants.

Another name for this march was The Friendship Walk, as they were also focused on building a community, that stands united. As there were only 15 participants, one from Bangalore, the other was an NRI, and so on, they did not let each other walk alone. In addition to being known as the Peace Walk, it is believed that Kolkata was chosen to hold the march because of its rich history and close connection to various human rights movements including feminist, Dalit, child, and disability rights.

There is a similar reason for why Stonewall took place in New York City, and why the first-ever pride parade in the world was also held there during the 1960s. In addition to the civil rights movement and anti-Vietnam War movements, New York was a hub for many movements during that period. Pride is a movement that demonstrates intersectionality and sensitivity to one’s own identity.

The Friendship Walk in 1999 in Kolkata was held over 20 years ago. Since then, Indian cities have organized Pride Parades in over 21 locations.

Since 1999, Kolkata has held three pride marches: in 2003, 2004 and 2005. Until 2008, no other state held a pride march in the country. Until 2008, no other state in the country held a pride march. Major metropolitan cities such as Delhi and Bangalore held their first-ever pride marches in 2008, with over 2500 people participating.
The overwhelming increase in the number of pride marches organized each year is attributed to the Delhi High Court’s verdict decriminalizing homosexuality in 2009, though the verdict was overturned in 2013 and the repressive law of colonial times was reinstated.

Guwahati, Assam, hosted the first pride parade in the north eastern part of the country in 2014, with the participation of over 300 people. It is now held every year in the first week of February. The very first one was organised a result of Guwahati’s participation in a 2013 Global Day of Rage against the Supreme Court’s decision to reinstate Section 377 after the Delhi High Court overturned it in 2009. The 2017 march strongly condemned the AFSPA and demanded its repeal. The most recent Queer Pride Guwahati was held on February 3rd, 2019, with a larger turnout of over 500 people, mostly college students and the younger generations.

The LGBTQIA+ community in India won one of the most important battles when the Supreme Court ruled unanimously that Section 377 was unconstitutional. During colonisation, Section 377 of the IPC was enacted, which criminalised homosexuality. Fortunately, this setback did not discourage the LGBTQIA+ community from fighting on, and they were rewarded in 2018 when the draconian 377 was finally repealed, and the LGBTQIA+ community marched with pride once more, but this time as relatively freer and more respected citizens of the country. However, our country has a long way to go in this journey, as the queer community continues to face societal discrimination.

Pride in the Pandemic

In the midst of the new coronavirus disease (COVID-19) pandemic, it should also be highlighted that the community, particularly those who are visibly queer, such as transgender people, has remained at the bottom of the priority list of healthcare measures. More than 2,000 pride marches were cancelled worldwide due to the COVID-19 pandemic. This did not dampen the spirits of the LGBTQIA+ community and its allies, who were all planning virtual pride celebrations. During the pandemic, the community was virtually united under the umbrella of a global digital pride march.

On June 27, LGBTQIA+ musical icons, drag queens, and human rights activists were set to take part in Global Pride 2020, a 24-hour virtual pride celebration expected to attract 300 million viewers from around the world, according to organisers including India’s Prince Manvendra Singh Gohil.

With the pandemic almost behind us, the community is ready to celebrate this pride month with a bang, reuniting youngsters, university students, and parents and family who support the community.

Be proud of your Pride! Previous post Movies you MUST watch this pride month Next post Pride of the future- Pride in the Metaverse