Queer style is more than a fad; it is a social movement, one of the most powerful yet subtle protests for the right to be who you want to be. Fashion has been transformed into a form of unrestrained self-expression by the queer community, who have used it to announce their expressive presence to others. They’ve developed their own culture, drawing on and adapting the culture of queer people who came before them.

People in the queer community have become linked with various fashion statements, which they now utilise to identify one another. This sort of communicating through fashion is not new; it has been around for a long time. Without the involvement of the LGBTQIA+ community, the fashion business today would be nothing, with revolutions and bold statements occurring more frequently in the previous two decades.

If we go back to Indian mythology, we can see that there have always been situations involving queer people, such as Shikandi. ‘Queer identity’ is not a new concept in India. The concept of queer fashion is to return to our history, culture, and roots. In the 1930s, closeted gay couturiers like Christian Dior, Pierre Balmain, etc. experimented with both utopian and transgressive styles as they progressed through the ranks of the fashion industry. Until the 1970s, the trouser was also a symbol of lesbian identity, albeit not everyone adopted it. Queer subcultures became more evident in the 1960s, particularly in London’s Carnaby Street. Men were more interested in fashion as mod and hippie trends gained popularity. The counterculture’s style language included androgyny.

Read More: How to be the best parent to your Trans child

Using fashion as a form of expression, an influx of people are coming out into the open, asserting their right to live life on their own terms. Rights and social statuses have been challenged on numerous occasions, but more than ever, gender fluidity has gained strength from the fashion industry, which has blurred the lines between men’s and women’s clothing – almost everything is now pangender.

The list of queer community influencing fashion is endless, and it comes with the benefits of vibrant fashion collections and seasons, creating ensembles that were once exclusively intended for women but are now available for men as well. Small-sized, high-end designer slings or clutches, for example, are being flaunted this season at Indian vacation destinations, as are chunky boots and studded outfits on the streets of Goa. Many transgenders or executives of their preferred sex appear to spend a lot of money on these designer pieces that were once only favoured by women.

Gone are the times when people thought that clothing should be chosen based on their gender. Today’s youth, whether LQBTQIA+ or not, identify as gender-neutral. Stereotypical and vapid rules such as boys wearing blue and girls wearing pink are being abandoned, and this is just the beginning. Purchasing unisex products online, or even going to a store and selecting your favourites from the opposite gender’s collection, is no longer frowned upon. Accepting gender-neutrality gives us a sense of freedom and relief that we didn’t realise we needed. Taking the hint, fashion companies have begun focusing on items that are generating more sales and meeting the increasing demands of new societal standards.

K-pop has long been known for pushing the boundaries of fashion. K-pop is constantly shattering gender norms by refusing to adhere to traditional beauty and fashion expectations, from stages and music videos to photo shoots and even streetwear. Male celebrities such as BTS RM, BTS Yoongi, BTS Jimin, EXO Sehun, EXO Xuimin, and others are all trendsetters in their own right. They are redefining masculinity in Korea and around the world through their fashion choices, which can be considered androgynous or more traditionally feminine. Here are a few examples of male idols demonstrating that anyone can wear whatever they want.
Not only K-pop Idols, but celebrities such as Harry Styles, Marc Jacobs, Ranveer Kapoor, Conan Gray, and others promote gender-neutral clothing and also encourage the lay public towards genderless clothing, giving courage to closeted LGBTQIA+ people to express themselves through fashion, in order to support them

Read More: Pink Tax and everything you need to know about it

Scared of expressing yourself? Closeted? Do it through Fashion!

As the LGBTQIA+ community’s acceptance grows, there are several known aesthetics of what different members of the community typically wear. People have more freedom to express themselves and their sexualities through fashion as subverting gender roles in fashion becomes more normalised. As a result, identifiers are less secret than in the past, but most people outside the community would not immediately recognise them as queer. Shortened manicures on women, dangly earrings on men, and certain hairstyles such as shag cuts and mullets are considered to be part of the queer aesthetic.

Fashion can help to build community. Self-expression through fashion, regardless of gender or sexuality, is an amazing way to immerse yourself in your communities. Take a cue from our LGBTQ+ forefathers: fashion is a way to communicate without saying anything.

4 thoughts on “Queer style is more than a fad” 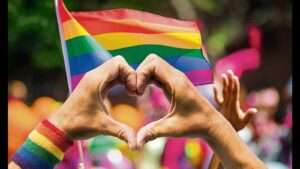 Next post Movies you MUST watch this pride month