Tamil Nadu is set to become the first Indian state to ban ‘conversion therapy. Following the progressive judgment by the Madras High Court on Monday, aimed at making society more inclusive of the LGBTQ+ community.

Any “attempts to medically cure or change the sexual orientation of LGBTQIA+ people to heterosexual or heterosexual-like” are prohibited by the court order.

The purpose of this article is to critically examine the practice of conversion therapy and the severe negative impact it has had on the LGBTQIA+ community.

The National Medical Commission (NMC) of India has declared conversion therapy, an illegal practice in which gay people are subjected in order to “cure” them, as an act of professional misconduct.

In an effort to better understand the community, Justice N Anand Venkatesh also proposed changes to school and university curricula as well as awareness programmes for judicial officers, police officers, and prison officials.

Read More: How to Identify the Early Signs of Mental Health Problems

So, when Meenakshi Sajeesh told her parents she was a lesbian, they took her to Malankara Orthodox Syrian Church Medical College in Kochi in an attempt to “cure” her and claimed they could cure homosexuality.

Santha Abraham, the doctor, was a middle-aged woman who told Sajeesh’s mother, “Let’s try to change her.” The visit lasted several hours, with Abraham insisting that Sajeesh check into the hospital’s psychiatric ward for further treatment without disclosing any further information about the treatment. She first heard the term “conversion therapy” there. Until then, she had no idea what it meant to be LGBTQ+, her understanding of her own sexuality came mostly from TikTok videos and Facebook posts.

Sajeesh’s encounter with Abraham, along with a recording of their conversation, is now being used as evidence in a petition filed by Queerala, a community-based LGBTQ organisation, in the High Court of Kerala in October 2020. The petition seeks to outright prohibit the practice of “conversion therapy,” a catch-all term for harmful and scientifically debunked treatments for changing a person’s sexual orientation, gender identity, or gender expression. If the petition is successful, the Supreme Court will be required to issue orders criminalizing those who advocate for conversion therapy.

Sajeesh and Rajakumar sought advice from Dhanya Ravindran, a queer activist and board member at Queerela, on how to deal with the hostility, and joined Facebook community groups to find support. Sajeesh was able to confront the doctor at the hospital, but she has yet to receive her parents’ approval.

What are the associated risks of Conversion therapy?

Conversion therapy has both short-term and long-term psychological effects on patients. Electric shocks, lobotomies, chemical castration, and other procedures may be used in treatment.

It includes efforts to change the core identity of young people whose gender identity is incompatible with their sex anatomy. Worryingly, it appears that the discredited concept of conversion therapy is still in use. Claiming to “cure” queerness, it can include everything from shock treatment to exorcism and hormones to psychotropic drugs and instilling a sense of shame. According to medical experts, it causes irreversible harm to victims’ mental health.

Curricula in schools and colleges must be changed to better understand the community. Even as recently as 2018, medical textbooks classified homosexuality and lesbianism as a “perversion.” People with different sexual orientations or gender identities frequently recount harrowing stories of bullying, discrimination, stigma, and ostracism.

Gender-neutral restrooms should be required in schools and other public places. Parents must be educated as well, because the first point of misunderstanding and abuse frequently occurs at home, with teenagers being forced to choose “conversion” therapies. Adults considering sex reassignment surgery should receive proper guidance, such as pre and post-operative therapy; however, the cost can be prohibitive for the average citizen. It includes efforts to change the core identity of young people whose gender identity contradicts their sexual anatomy.

Often, the therapy is provided by quacks who have little experience dealing with the problem. Conversion therapy has the potential to cause or exacerbate mental health conditions such as anxiety, stress, and drug use, which can sometimes lead to suicide. Previous post “At 25, I thought my vagina was ‘broken’. Then I realised I was asexual.” 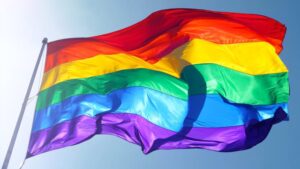 Next post What makes a workplace queer-friendly? 6 things to be on the lookout for your job search.