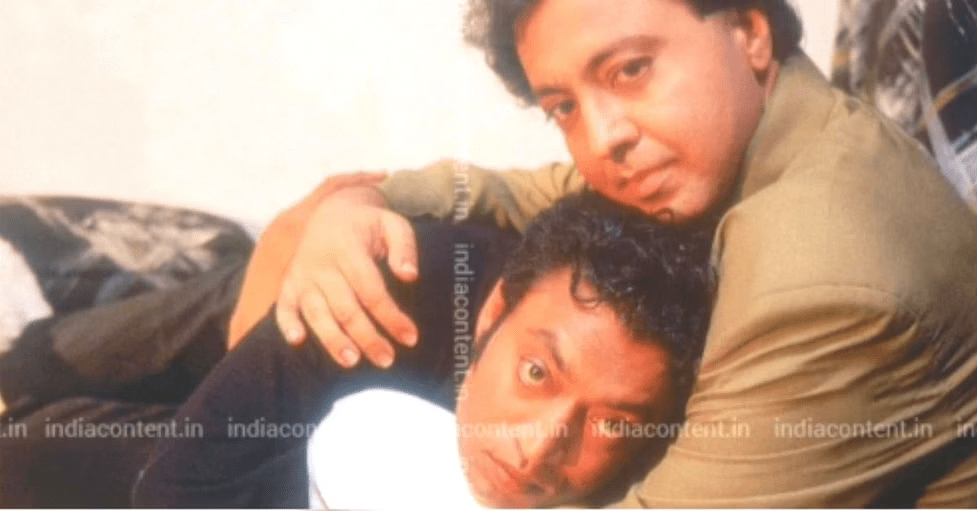 As the world celebrates Pride Month with rainbow flags and parades, one Twitter user recalled an important work in the queer canon that, ironically, is still locked away somewhere in a closet.

Adhura, starring the late Irrfan Khan, was billed as the first Hindi film to openly discuss homosexuality. Unfortunately, the 1995 film was never released because it was banned by the Censor Board.

In a viral Twitter thread, author Manish Gaekwad shared Adhura’s story, writing, “One of the finest actors’ contributions to queer cinema remains locked in a closet somewhere.” The Censor Board rejected a gay romance in 1995. According to SpotboyE, an entertainment new portal, the plot suggests that the relationship deteriorates, culminating in a tragic climax. According to author Andrew Grossman’s book Queer Asian Cinema: Shadows in the Shade, published in 2000, the film was made as a pilot for a television series but was never aired.

Adhura (1995) was about a passionate homosexual relationship between an industrialist and a newspaper editor. Since being banned by the censor board it has sparked many interesting discussions about the fate of LGBTQ+ films on the silver screen.

Why was it never revived?

Why didn’t Irrfan Khan bring it back later? Was it pushing the envelope too far? It seems unlikely, given that the 1990s saw the emergence of queer and independent Indian cinema from outsiders. In 1995, Irrfan Khan (a complete outsider) was working in television and looking for film roles. It wasn’t until his roles as Lafcadia in Asif Kapadia’s The Warrior (2001) and Ranvijay Singh in Haasil (2003) that he gained a foothold in the film industry. When Adhura’s fate was still unknown, Khan did not lose heart. In Mira Nair’s 17-minute short film Migration, he played another queer character (2008).

Migration was possibly Khan’s only other appearance as a gay man. The character in Adhura had a longer and more detailed arc. It depicted a passionate relationship that was destroyed by it. Irrfan never mentioned Adhura, and it was quickly forgotten.

That was the time of extremely problematic queer representation, and such criminal behaviour was frequently met with a gruesome death or imprisonment. Another aspect of this skewed view of queer lives is that it came from insiders: filmmakers from the ‘khaandaani pesha,’ or family business of filmmaking, in which narratives are reduced to profit margins. Will a fair queer representation look arthouse, or is it the only way to tell the story? Probably. That was not the intention of the Bollywood heirs.

Adhura, on the other hand, a film directed by Sunil R Prasad was about a passionate homosexual relationship between an industrialist and a newspaper editor, according to a 1995 Indian Today report. Although both men are in love, Irrfan’s character (the editor) decides to remain in the closet and takes a wife, played by Kitu Gidwani.

Why it should be released!

However, it is worth considering whether mainstream Hindi cinema/popular culture has done a better job of portraying queer relationships since the Delhi High Court’s decision to strike down Section 377 and the subsequent ‘mainstreaming’ of queer identities. Would Adhura have received the Indian censor board’s approval today? We don’t know the answer, but given the circumstances, including the Supreme Court’s repeal of Section 377 of the Indian Penal Code and a more mainstream acceptance of LGBTQ+ identities, it could have passed the censor board’s muster.

As we celebrate Pride Month, mainstream Hindi cinema and popular culture must do a better job of mainstreaming queer relationships. Perhaps, if the makers of ‘Adhura’ decided to resurrect it, we could usher in a new era of wholesome LGBTQ+ films on the big screen.

One thought on “Adhura: India’s ‘First Gay Film’ that was never released!”