The India society has a rich tradition of homosexuality, gender fluidity, and bisexuality, yet the LGBTQIA+ community is marginalized and mistreated despite its size and population.

There are authors like Ismat Chughtai who, in his book Lihaaf, tackled the topic of homosexuality nearly 80 years ago, however, there is still very little literature describing people from the LGBTQIA+ community.

In recent years, we have seen Indian authors employ creative and sensitive solutions to this issue. In addition to highlighting queer Indian literature for a global audience, this list also aims to promote Asian literature to a global audience. Books written about and published in the Global West dominate the publishing industry. The same amount of attention is rarely given to books published elsewhere in the world.

Reading about cultures other than our own is always enlightening. Allow this eclectic mix of fiction, short stories, nonfiction, and memoirs to change your life this Pride Month.

A wide range of memoirs and novels cover the realities and complexities of the different sexualities that our society is yet to become attuned to. You can find a variety of fiction, graphic novels, and autobiographies among these LGBTQIA+ books that can offer insights or empathy into the ‘queer’ experience in India.

Featuring a lesbian woman as its protagonist, this captivating graphic novel, written by Amruta Patil, Kari is a story of love and betrayal. Through the examination of the life of Kari, the reader is able to view society and understand it. Patil also takes the reader on a journey to understand the depths of the issue in society as she struggles to survive heteronormativity in a modern-day city, following her survival of a suicide attempt. To understand society, what better way than to see it perfectly depicted in an impressive graphic novel? This book provides a great basis for understanding heteronormativity.

The story is centred on Astha, who had an arranged marriage with a loving and caring, but conservative man. Although she has two children, she is happy enough with her life, but after encountering a social activist younger woman, she realizes she is attracted to women. Although Astha struggles with accepting herself as a homosexual, she eventually realizes that she can only truly be happy when she is with the woman she loves, even if it means going against societal and familial expectations. It is an important read, considering that many people live their lives without even being aware of their sexual preferences or needs.

The Truth About Me: A Hijra Life Story by A. Revathi & V. Geetha (Tr.)

In order to understand the issues faced by transsexuals in India, it is essential to read the autobiography of A. Revathi, a prominent activist and a voice for the hijra community. Revathi has been bullied mercilessly for her feminine ways since birth, after being assigned the male gender and named Doriasamy. In the end, she ran away from home, became part of the hijra community, underwent a painful sex-change operation and started working in sex shops to make ends meet. She later becomes a famous activist and this book is a tale of the despicable conditions of hijras in our society. It describes the sexual abuse they suffer at the hands of the police, the lack of earning opportunities, and the prejudice, scorn, and even fear they face in society

Neel Mukherjee’s Man Booker Prize-nominated and Crossword Award-winning work is much more than a “queer story.” It is layered, complex, and crosses societal and temporal boundaries. Mrs Gilby lives in an India transitioning from colonial rule to independence, and Mrs Cameron deals with the death of her gay son. A Life Apart, which combines multiple storylines into one stunning novel, deals with issues of Colonial India, homosexual violence, and current gay sex work problems, among other topics.

Read More: These bollywood filmmakers are killing it with queer representation

Knowing it’s written by Arundhati Roy; one can easily assume that it’s going to be a powerful read. She writes about an Intersex character coming to terms with their own sexuality. Aftab, who was born male, transforms into Anjum, an intersex Muslim woman who works to protect her community after witnessing communal riots in The Ministry of Utmost Happiness. This book is not only a commentary on contemporary India, but it also addresses the difficult subject of gender identification.

Cobalt Blue, Kundalkar’s debut novel, was published in 2006 and later translated into English in 2013. He had written the book over a 2yrs period. It tells the story of two siblings, a brother and a sister, who fall in love with a mysterious young man who is staying at their house as a paying guest. Both of them develop feelings for him without each other’s knowledge. Kundalkar has brilliantly explored middle-class aspirations and the ambiguity of human transgressions. It is an engrossingly tender story of longing and heartbreak told as a series of monologues from the perspectives of the siblings, which amply displays the wildly transformative power of love.

This book is about Laxmi, who accepts a hijra identity despite being assigned male at birth. In the Indian subcontinent, it is a generic term for eunuchs, intersex, and transgender people. In these countries, they are constitutionally recognised as belonging to the “third gender.” Laxmi is the first transgender person to represent Asia Pacific at the United Nations, and she then appears on Bigg Boss, India’s version of Big Brother. Red Lipstick, written in collaboration with Pooja Pandey and published in 2016, is a no-holds-barred account of Laxmi’s extraordinary life, complete with ups and downs. It’s a sensational story about sexual awakening and self-acceptance that follows her from a simple child to a living icon.

One thought on “Queer books by Indian Authors You Must Read ” 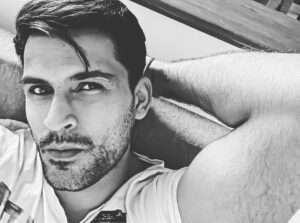 Previous post Positively Positive: Zubair Kalsia takes us through his journey of being HIV+ and living his truth